I thought I should address this in my own simple way. So I will keep this as simple and concise as possible, without delving in to too much details.

Since the beginning of my career in digital design, I have always considered the 72 dpi as the standard medium for designing digital artwork/graphics. This mantra of 72 dpi is for digital and 300 dpi is for print was never really widely questioned and maybe out of procrastination or pure ignorance, I was never bothered about this in the kick off of my career and to ask the origin or science behind the 72dpi rule.

Although our focus here is on ‘dpi’, it is important to revisit some other basic units of measurement. So, let’s take a crash course on the semantics of related measurement units.

The origin of 72dpi

It all started with apple’s attempt to match the size of text on screen to the size of the text when printed. This was termed as WYSIWYG (pronounced “wiz-ee-wig”) or (What You See Is What You Get). This was done by matching the screen resolution of apple’s then computer screen to the Apple’s ‘ImageWriter'(a dot-matrix printer) first introduced in 1983. So for example a 12px on a mac screen would display the result exaclty how the image and text would look like when printed. This method worked for mac alone, since early version of PC desktops were 96dpi which made macs a natural fit for early desktop publishing. The ‘WYSIWYG’ method is almost impossible today due to a huge variation in screen sizes.

A common myth/misconception about dpi/ppi

Myth: DPI/PPI settings have an impact on the size of the file when working on digital design

Busted:  DPI/PPI settings doesn’t have an impact on the size of the file. It is only used to measure the font sizes with accuracy across screens and other platforms. Images are irrelevant to dpi (when designing for digital), and will be displayed on screen according to whatever pixel dimensions the image is. Meaning, an 800 x 600 pixel image will show up smaller on a screen that is 1440 x 2560 pixels (Samsung galaxy S6 edge) than say a screen that is, 1280 x 1920 pixels (Samsung Galaxy S4 screen resolution). This is because both phones have a different pixel density and a high pixel density screen will squeeze in more pixels per every inch that the lower ppi device. Eventually having no impact on the file size of the actual image itself.

Exercise: Let’s do an experiment just to make sure if dpi settings would impact the size of file/image and also the font measurement.

1.Create a random photoshop file with a combination of text and an image. 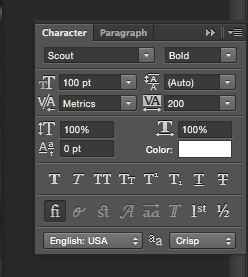 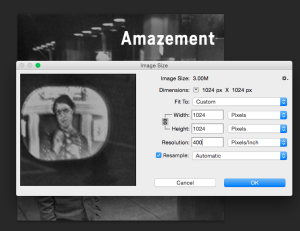 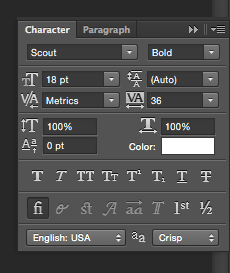 5. Check if the font size changes (It changes to 18pt in the current scenario)

Font sizes change according to dpi/ppi but the image resolution is unaltered. In a reversed situation, where i only change the resolution to double the size (2048 x 2048 pixels), the size of the font will also double (200pt).

I would like to cover the basics of designing interfaces or any graphics for mobile devices and some rules that i personally follow before i begin to work for screen based artwork.

Before we know anything about the screen/device that you’re designing  for, you should know the screen that you will be designing on. 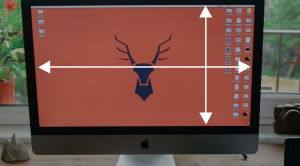 2. How to measure your monitor’s screen density

Now that you are familiar with your own screen, you should now get to know the screen that you are designing for. For example; if you are designing a mobile app UI for an iphone, you should know the standard resolutions of the target devices. If a client wants an app designed for an iphone, that can run on mostly all relevant devices that people in the targeted region are expected to be using currently and/or in near future, You’d finalise a list of target devices and then you set your canvas to the highest resolution amongst them. Since it is easier to scale down than to scale up.

Automatically get your screen dpi

17 thoughts on “Breaking the 72dpi myth: Blues of mobile/screen UID”